What Are My Urinary Incontinence Risks? 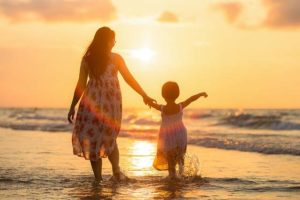 What is urinary incontinence and am I at risk for developing it?

Let’s face it; bladder leakage and a constant urge to urinate are no fun. We hear about these terms and may associate them with urinary incontinence, but exactly what do they mean? Are they the problem or a sign of something worse? Are these symptoms, or is urinary incontinence the diagnosis?

If you experience symptoms such as bladder leakage, frequent urination, and feelings of always needing to run to the bathroom, you may be one of an estimated 13 million Americans who suffer with the diagnosis of urinary incontinence, stress incontinence or urge incontinence. Finding treatments and possible cures often lie in the study of where and how often it occurs and in which various groups of people it is found. Could you possibly fit into a sub-group such as having one or more viable gestational pregnancies or going through menopause?

We hear about various medications and possible surgical options, but are there any treatments that really prevent or lessen urinary incontinence? If symptoms are present can non-surgical or medication-free options exist? How do I know if I am at greater risk of developing urinary incontinence? Let’s see how two investigators address the fundamental questions.

Dr. Natalie Henderson Drake and her colleague were convinced more research was needed to combat this growing and often overlooked problem. A review of the urinary incontinence literature seemed necessary to determine its physical and psychological impact on adults and what precedes its occurrence. Is there a pattern of onset, will one group be more prone than another, and what can be done to prevent or treat it?

In a study conducted by Nihira and Henderson Drake, women were found to experience urinary incontinence two to four times more frequently than men. To make matters worse, they often go untreated because fear of embarrassment or lack of discussion by their health care provider. By it’s very nature, urinary incontinence is an awkward or uncomfortable topic. Women know the leakage of urine is not normal, but they are hesitant to discuss it due to embarrassment. This often ends in social isolation, sexual withdrawal and depression.

To raise awareness of urinary incontinence and its impact on women, Dr. Drake and Dr. Nihira began research to identify its prevalence as it relates to age, severity, types, race and associated risk factors.

Prevalence and Severity of Incontinence

Women of all ages suffer from this condition, but better understanding of the incidence at different ages or subgroups could help identify the onset or origins of various kinds of incontinence. Questions still remained concerning type of urinary incontinence, mild or moderate, stress, urge or other forms and if they were linked to certain age groups of women or progressed with age. Additionally, was the onset acute and able to be treated or did it worsen over time?

As the researchers began their data review, many older studies focused on women 60 and above with low numbers of women reporting symptoms. Many earlier studies collected data only on older post-menopause patients.

To attempt to document a more accurate picture, Drake and Nihira designed a review of a broader study model that would include a greater age span in hopes of shedding new light on an association of age with type of incontinence. Without studies that included younger women, the data might be insufficient to draw significant conclusions.

What Types of Urinary Incontinence Occur?

Urinary incontinence (UI) is generally grouped into two types, stress and urge. Stress is often related to a break down of the urethra, sphincter or pelvic floor structure, while urge is associated more often with advancing age and loss of involuntary muscle contractions and degeneration of nerves that stimulate the bladder to some extent. The data suggests that overall, younger pre-menopausal women will experience stress incontinence more often while older post-menopausal ones risk urge incontinence with advancing age. It was also found that both severity and incidence of the conditions increased with age.

Including both older and newer studies, the data showed that in the general population, women had a 25% risk of developing urinary incontinence with increase associated with age. Black and Hispanic women appear to have a lower incidence potentially due to their muscle and pelvic bone structure. In a study by Grady et al, white women were shown to have a three-times-greater prevalence than black women. Other researchers documented those in nursing homes were found to have a much higher incidence and a form that could be reversed. In these studies, altering anti-depressants, anti-psychotic drugs and treating for dementia could lower the incidence.

Risk factors that were found in the literature included the following:

At the time of the study review, Nihira and Henderson Drake could not determine the weight of these factors on the prevalence of UI nor any clear association of their predictive value. There was evidence across the data that these were considered to place women in a higher risk pool. Studies and ongoing research today will continue to refine and define the treatment and prevention strategies to treat this condition.

How Can Women Manage or Correct this Condition?

The first and most important thing you can do is to discuss your symptoms with a qualified physician trained in the treatment of gynecological and urological symptoms. Since cases of UI still go under-reported, it is imperative for women to not fear embarrassment and that physicians do a better job at surveying and discussing this subject with their patients.

The co-author of the study, Dr. Natalie Henderson Drake, now practices in The Woodlands, Texas and treats many patients from the surrounding Houston area. Dr. Drake recommends a front-line combination of a physical therapist designed exercise program with a secondary non-surgical vaginal rejuvenation treatment of mild to moderate urinary incontinence. This treatment utilizes a non-surgical device, ThermiVa, cleared and approved by the FDA.

To learn more about your options for treatment of urinary incontinence, menopause symptoms and vaginal rejuvenation please contact her office at (281) 402-3268 to schedule your private consultation.