Revive the Drive – Returning Your Sex Life to Normal During Menopause

If it hasn’t hit you yet, it will one day. All women will face it, some earlier than others. It’s a fact of life — menopause. There are different stages and phases and you may be in one now and not even realize it! Do you know the stages of menopause? As you approach certain stages, it’s best to not just merely deal with symptoms, but to rather greatly reduce or eradicate them altogether. In doing so, you’ll be able to better manage the impact it might have on your sex life. Let’s dive in to how we can prepare ourselves for menopause, discuss treatments and revive the drive! 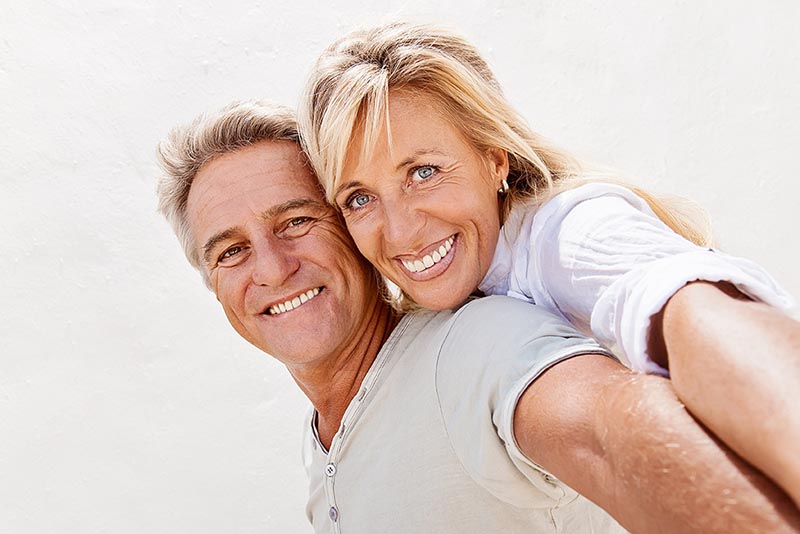 What some people may not realize is that there are stages of menopause. You don’t just simply wake up one day and “have menopause,” like some kind of disease or sickness. Your body naturally progresses through these stages and will start showing symptoms more and more frequently. This transitional period is called Perimenopause.

During Perimenopause, there are two sub-stages:

According to Medical News Today, perimenopause usually occurs 3-4 years before a woman enters menopause, but it can begin as early as 10 years before. The amount of estrogen the ovaries produce starts to decrease. Typically, women experience perimenopause in their 40s, but symptoms can sometimes occur as early as their 30s.

Once you enter menopause, your ovaries no longer produce estrogen or progesterone which are needed for fertility. It is officially considered menopause when you have your last period. Unfortunately, it is difficult to tell when it will be the final period and you won’t know for sure until you hit the one-year mark. At this point symptoms (see below) are in full swing. Specifically, in the menopause stage, hot flashes and vaginal dryness to name a few.

According to womenshealth.gov, the average age of menopause in the United States is 52, the range usually is between 45-58. In addition, women who have never had children, smoke or have certain health problems may find menopause knocking on their door a little earlier than some.

Once you’ve hit the one-year mark for no period, you are then considered Postmenopausal. Kind of feels like we should be passing out an award at this point, but instead there are just more symptoms! But, take heart! Rather than an award there are new treatments available for women to eradicate the symptoms of all three stages of menopause. It’s basically like winning!

Before we dive into the latest treatments for menopause symptoms, let’s first discuss what symptoms might be occurring. Signs you might be in stages of menopause include:

These symptoms can take a toll on your sex life, especially vaginal dryness and atrophy. When you aren’t feeling in tip-top shape down south it can make sexual activity no fun or even painful. As you progress through the stages of menopause, these symptoms will likely become more frequent and more noticeable.

While menopause might be inevitable, the symptoms do not have to be. There is no reason to continue suffering through menopause symptoms when they can be eradicated with technology like ThermiVa. ThermiVa uses radio frequency to stimulate vascularity and collage production, allowing moisture to be restored to previously dry vaginal tissues.

ThermiVa is done in office and is a non-invasive procedure for labial and vaginal tightening. It is a safe and effective alternative to traditional labiaplasty procedures. There is no recovery time and no anesthetics are required. Most patients see an immediate improvement following the procedure. Typical results include vaginal tightening, urinary incontinence minimized and vagina appearance improvement.

In addition to ThermiVa, there are also treatment options available such as BioTE (natural hormone replacement therapy pellets), or O Shot (PRP injections to treat sexual dysfunction and lack of orgasm in women).

Now is the time to see which treatment option is right for you. Don’t let menopause slow your sex life down, it’s time to revive the drive! Call our office at 281-402-3268 to set up a consultation to see if ThermiVa or other menopause treatments are right for you.